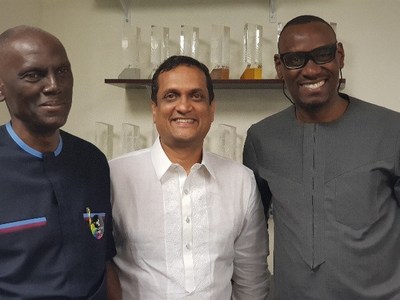 The strategic partnership launched via an industry event held in Victoria Island, Lagos, is aimed at revolutionising the way offline media channels including outdoor advertising and brand activations are planned and measured in Nigeria. The event was attended by more than 150 industry stakeholders including members of the Media Independent Practitioners of Nigeria, media agencies, brands, and billboard owners.

PWC forecasts that, by 2022, Nigeria’s media revenues will reach USD 9.9 billion with the internet forecast to account for 89.6% of the absolute growth. With the growth being driven by digital, which offers sophisticated planning and measurement tools, offline media needs to be equipped with similar capabilities to position itself as an important part of the media mix.

According to PWC’s Global Media and Entertainment, Nigeria’s Outdoor Advertising revenue will grow to about USD240 million by this year. The number of digital billboards, especially large formats, are also on the rise at key high-traffic intersections.

According to Tosanwumi Omagbemi, Managing Director at Interaction Channel Limited, the platform will equip media buyers with an understanding of where their target audiences are and how they can engage them with the most optimum combination of outdoor media assets.

“Media spends continue to shift to accountable channels. This platform will equip traditional billboard owners with the ability to showcase what outdoor media delivers in terms of when, how many times, and who the advertisers are reaching. Meanwhile, the media owners now have, for the first time, a single point to access all billboard inventory and create media plans with just a few clicks.”

Meanwhile, for Srikanth Ramachandran, Founder and Global CEO of Moving Walls, the move is another example that offline media pain points and opportunities are starkly similar across emerging markets even if they are in different continents.

“We have seen a uniform need for data standards in outdoor advertising across emerging markets where two things are happening – the numbers of billboards, especially digital screens, continue to grow and smartphone penetration is driving digital media spends.

Having done work for global brands across Asia, we understand that the African continent is the new frontier for fast growth for these guys. A majority of them make significant offline media spends here [in Africa] and will now benefit from similar planning and optimisation capabilities that we provide them in other markets.”

The Moving Audiences platform has now been deployed in seven markets across three continents – Asia, Africa, and North America with brands, media agencies, and media owners having experienced it in each of these regions.

August 25, 2020 admin Comments Off on MTN partners with Unacast to use its Turbine Location Processing Engine for Social Distancing Data to Help Mitigate COVID-19 in Nigeria